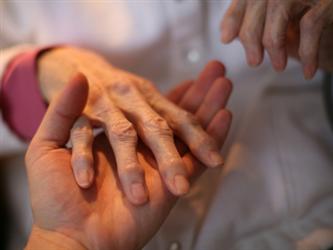 The osteopathic normalization of the head (brain and limbic system) and the adrenal glands, with regard to the hypothalamic-pituitary-adrenal axis (HPA axis), can decrease pressure on the central nervous system (CNS) and lead to reduced reactivity, increased awareness and greater perspective regarding stress by using the brain’s deductive abilities and reducing primary reactivity (limbic system).

Stress can be defined as “a condition or adverse circumstance that disturbs, or is likely to disturb, the normal physiological or psychological functioning of an individual.” A stress reaction is triggered by the brain, which stimulates the secretion of corticosteroids and adrenaline via the adrenal glands. To defend itself, the body then produces a generalized, non-specific, physical and psychological reaction. However, intense or prolonged stress can be the source of various problems such as anxiety, depression, chronic fatigue, ulcers, cancer or heart and immune system issues.

From 2002 to 2007, the number of caregivers aged 45 years old or more increased by 670,000 to reach 2.7 million Canadians, which represents a 33% increase. A caregiver is an individual who provides free assistance to another person who has a health problem or a chronic illness. According to Statistics Canada, there were 4.3 million seniors in Canada in 2006, up 11.5% from 2001. Forecasts indicate that seniors (65 years old and above) will make up 21% of the population in 2026. It has also been shown that caregivers are three times more likely to become ill due to excessive fatigue and stress.

An experiment conducted by Anne-Julie Morand, Osteopath, in 2008 helped verify the impact of osteopathic treatment involving the hypothalamic-pituitary-adrenal axis on the perception of stress among caregivers. The hypothesis was that osteopathic treatment would alleviate stress perceived by caregivers. To verify this hypothesis, a double-blind experimental study with a control group and an experimental group was carried out. The results were very significant—osteopathic treatments helped reduce the stress perceived, alleviate the feeling of a burden and normalize the urinary sodium rate related to adrenal function.

It is therefore important to be aware that the number of caregivers is currently on the rise in Quebec and that more and more are consulting an osteopath. The hypothalamic-pituitary-adrenal axis and the regulation of the neuroendocrine system are powerful treatment tools for patients in order to prevent the consequences of prolonged stress such as anxiety, depression, high blood pressure, diabetes and other illnesses. Given that osteopathy is a preventive therapy, it can help people manage and experience the ageing process better.