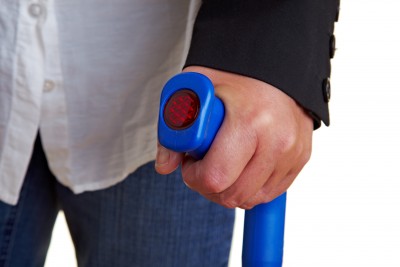 Fatigue is the most common symptom among people with multiple sclerosis (MS), affecting between 50% and 90% of MS patients (Colosimo et al., 1995, Krupp, 2004, Fisk et al., 1994). It is the most debilitating symptom of MS (Kos et al., 2008) and continues to be the primary cause of withdrawal from active life (Kalb 2004). Some 55% of patients consider fatigue to be one of the three most significant symptoms of their illness (Fisk et al., 1994). In 48% of cases, fatigue can intensify other symptoms (Freal et al., 1984). In some cases, fatigue can exist before the appearance of the clinical neurological signs of the illness (Fisk et al., 1994).

Some research (Toth, 2007, Vardy, 1994, Yates et al., 2002) has shown the potential positive effect of osteopathy on the symptoms associated with MS and on the improvement of certain parameters of functional mobility. A clinical trial led by Bozzini in 2010 was designed to assess the effect of comprehensive osteopathic treatment on the level of fatigue experienced by people with relapsing-remitting multiple sclerosis. In a chronological experiment carried out over 10 weeks, 17 people with relapsing-remitting MS received three osteopathic treatments. Fatigue was measured using the Modified Fatigue Impact Scale (MFIS). The results indicated that comprehensive osteopathic treatment could help decrease the level of fatigue experienced by people with relapsing-remitting MS.

Despite the extensive research available, the physiopathological mechanisms underlying the fatigue associated with MS are still poorly understood. With regard to therapeutic strategies, current research shows the importance of matching non-pharmacological approaches with traditional pharmacological treatments. Osteopathic treatment could therefore be beneficial for enhancing certain parameters of functional mobility (Yates et al., 2002, Toth, 2007) and decreasing the level of fatigue experienced by people with MS (Bozzini, 2010).