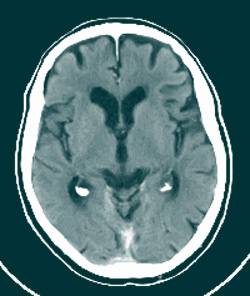 Post-concussion syndrome is common following a trauma. It refers to various symptoms that can last for several days, weeks, months or even years following violent direct or indirect trauma to the head. According to Salis (1995), these after-effects are present in 25% of all cases. They can include headaches, eye strain, vertigo, dizziness, ringing in the ears, trouble sleeping, restlessness, trouble concentrating, lack of energy, fatigue, co-ordination problems and neck pain.

An osteopathic study was conducted in 2006 by Lachapelle on university or amateur athletes between the ages of 18 and 40 presenting after-effects due to a traumatic head or brain injury experienced when practising a sport. To take part in this double blind study, the trauma had to have occurred at least one month and no more than 12 months before the study began. Some of the athletes did not present any symptoms when at rest but only when practising their sport.

The results of the study show a significant improvement of certain symptoms related to standing balance (BESS Test) and a decrease in post-concussion symptoms (Post Concussion Symptoms Scale) after three osteopathic treatments. The analysis of the results also showed a clear improvement in the mobility of the structures affected by the trauma throughout the experiment.