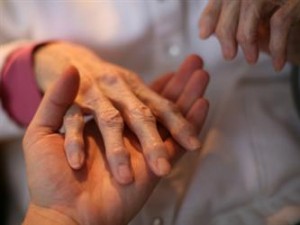 Parkinson’s is a degenerative illness that has a major impact on the lives of the people who develop it. Many health professionals working in multidisciplinary teams are involved in treating patients with Parkinson’s disease.

Couture and Bélair (2011) developed a research project designed to verify if General Osteopathic Treatments could influence the mood and quality of life of a person with Parkinson’s disease.

The chronological experiment took place over a period of 14 weeks with a group of 19 subjects aged between 50 and 75 years old. The results were obtained following four General Osteopathic Treatments administered every two weeks.

Based on data analysis, it was demonstrated that osteopathic treatments significantly improve the mood of patients with Parkinson’s disease (Hamilton Depression Scale and the MADRS). Specifically, it was noted that anxiety and depression were alleviated and that the change was maintained during the assessment four weeks following the osteopathic treatments.

It is estimated that in 40 to 60% of cases, patients with Parkinson’s disease experience chronic pain. However, the experiment showed a significant decrease in the perception of the pain (Questionnaire SF-36).

In light of these results, the researchers infer that there is a strong connection between decreased pain, improved mood and enhanced quality of life.