The differences between migraines and headaches 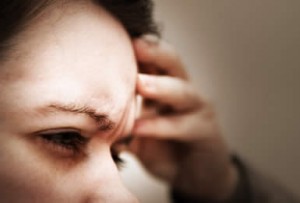 Migraines are characterized by pain that is generally more intense than that associated with a headache. Unlike a headache, migraines are worsened by head movements and physical activity that lead to variations in intracranial pressure. Given that migraines are due to a vasodilation (widening) of the cerebral blood vessels on one side of the head (often preceded by a vasoconstriction that can create visual problems referred to as “auras”), they are associated with throbbing pain located on only one side of the head. It is also possible to experience nausea and a hypersensitivity to light and noise.

Headaches are more likely to originate in the neck and can therefore be related to a high vertebral injury,  posture and muscle tension (stress). They are more often felt as tightness on both sides of the head. Headaches can last less than an hour but they can also last much longer than migraines—up to a week compared with three days.

Generally, the osteopath begins by releasing the bones at the base of the skull: the sphenobasilar symphysis and its connection with the ethmoid bone and the temporal bones. However, the osteopath also uses thorough palpation to detect and normalize membranous tensions (dura mater and other meninges, or membranes, surrounding the brain) as well as to rebalance liquid pressures. The osteopath will also verify the related joints: the temporomandibular joint (jaw), the palate bones (the frontal bone and the parietal bones) and the cervical spine, in particular the atlas and the axis.

Given that this cranial system is related to the pelvis through, in part, the dura mater, which surrounds the marrow inside the spinal column, the osteopath will also assess the sacrum and ilium bones.

Osteopathy is characterized by its comprehensive approach and as such, an individual’s posture, internal organs and fascias (including the cervical fascias that end at the base of the skull) will all be assessed. As a result, the number, duration and intensity of headaches can be controlled better or even eliminated altogether.